The minimum wage is increasing by 3%

Home / Employers / The minimum wage is increasing by 3% 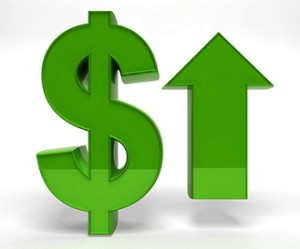 The national minimum wage will be lifted by 3 per cent – or 50 cents an hour – as announced by the Fair Work Commission this week. This change will directly affect around 1.5 million Australians on award wages.

Fair Work Commission president Justice Iain Ross said there had recently been almost no growth in the real value of award wages, while other employees had enjoyed substantial pay increases.

The deterioration in the relative living standards of award-reliant workers; the needs of the low-paid; the recent widespread improvement in labour productivity growth; the historically low levels of real unit labour costs; and the absence, in aggregate, of cost pressures from the labour market are all factors favouring a real increase in minimum wages,” he said.

One moderating factor was the superannuation rate increase to apply from July 1.

5 areas for small businesses to evaluate in the New Year

It’s a Candidate’s Market: What this means for jobseekers

The Benefits of Building Internal Mobility Pathways in your Business

How to Hire and Onboard new Staff – remotely