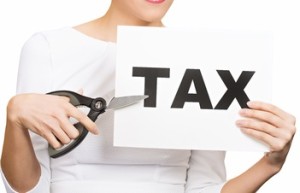 From July 1 the payroll tax in Victoria will be cut to the second lowest rate in the nation.  As part of its 2014/15 budget the state government will reduce the taxation on the wages paid by employers by 0.05 percentage points to 4.85%

It will become one of Australia’s lowest payroll tax rates, behind Queensland (4.75 per cent)

According to VECCI the tax cut will benefit 39,000 employers and their 1.6 million employees, with a total saving of over $234 million for business over 4 years.

While the Victorian business welcomes the announcement, the other changes that are also due to be rolled out at the start of new financial year will certainly impact businesses across the state. The Super increase is one of the biggest ones among those.

Changes to the super guarantee rate

The previous Government introduced the Mineral Resources Rent Tax and with that came a number of superannuation changes, including an increase to the superannuation guarantee rates from 9% to 12% over a nine year period.

To provide certainty for employers, the superannuation guarantee rate will increase to 9.5% from 1 July 2014 (as originally proposed) and will still increase to 12% per year, but now over a 10 year period.

Every year, the Fair Work Commission reviews minimum wages in Australia. This is called the ‘annual wage review’. The review looks at the minimum rates of pay in:

Currently the full-time minimum wage is $16.37 per hour or $622.20 per week. This means that most employees in the national system shouldn’t get less than this.

Any changes to minimum wages start to apply from 1 July.  For more information and to subscribe to the notifications visit National Wage Review pages on the Fair Work Commission Website

The minimum wage is increasing by 3%DOING MORE WITH LESS – FUTURE OF RECRUITMENT WITHOUT A RECRUITMENT CONSULTANT?